Book Review: 5 Lessons You Can Learn From “Likeable Social Media”

Facebook made it easier for businesses to create and manage social media campaigns by allowing Page administrators to use both Page Timelines and third party applications when managing Facebook social media marketing campaigns. This major change to the Page Terms now allows businesses to... (read more)

"Chris" Ashton Kutcher, best known as Kelso from "That '70's show" and the unlikeliest person one would think to provide refreshing wisdom in an inspiring speech at the Teen Choice Awards, told kids (and whoever else was listening) the three keys to life. Well worth the watch.

According to the Toronto Sun, eMarketer has claimed that digital media is about to pass TV viewing this year, marking the first time ever that this has happened. This makes sense considering the number of people with smartphones checking their Facebook, Twitter and LinkedIN accounts daily. Jennifer Saba of Reuters cited Facebook's claim that "one out of three people in the United States - more than 128 million - visit Facebook every day, and about 24 million in the United Kingdom do the same."

For companies implementing a social media marketing campaign as a part of their digital media marketing strategy it cannot be overlooked that Facebook has made some new algorithm changes. The changes specifically relate to the Facebook Newsfeed.  There are potentially more or less 1500 posts on the Facebook Newsfeed to be seen at any given time when someone visits there. It is obviously impossible to go through all of these posts. What Facebook does here is pick up posts you would seem to be interested in (based on the previous data they already have on you) so that they can keep you engaged on Facebook.

Is Social Media the New Search in Toronto? Yes, it is

I'm going to state the obvious: Penguin has completely changed, and in some cases destroyed, the way we formerly knew SEO. Multi-billion dollar companies have lost business due to Google's Penguin Algorithm update doing a "reset" on search results by eliminating backlinks that Google "considers" spammy. Keep in mind that what Google now considers spammy is not necessarily what we would consider spammy, and as a result getting a good-quality "doFollow" backlink has in all honesty become darn near impossible to get. 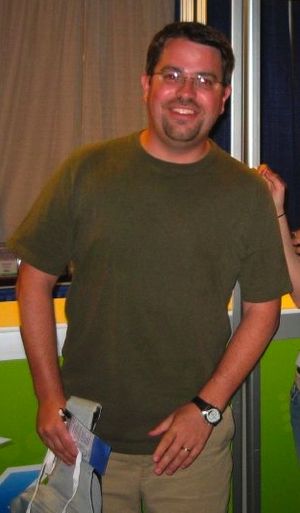 Google SEO specialist, Matt Cutts (Photo credit: Wikipedia)[/caption] This is Part 1 in a two part series with the first 4 out of 8 SEO tips for 2013 directly from Google’s Matt Cutts. Matt Cutts, one of only a few people who know exactly "what is going on" in Google, has recently disclosed some exclusive SEO tips for webmasters at an expo in Seattle.