On February 10, 2011, The Wall Street Journal reported that Twitter executives held “low level” talks with executives at Google and Facebook in past months about possibly taking over Twitter.

There seems to be a lot of information being exposed about a confidential matter.  Facebook, Google and Twitter have declined to comment on it.  However, it’s interesting  that when the main players aren’t talking, everyone else seems to be. Perhaps this in itself is the “buzz” creating strategy being implemented by Twitter.

Twitter was created in 2006 and waited 4 years before launching a secondary market.  This strategy is similar to what Facebook used and look at them now.   Industry research firm 4Marketer said, last month that Twitter, which doesn’t disclose financial information, generated an estimated $45 million from adverting in 2010 and is expected to generate some $150 million this year.  $45 million dollars is an exorbitant amount of money to be generated in six months, with an estimated $100 million increase in 2011. Twitter has only started to get their feet wet in advertising and this leak is not a coincidence.  If Twitter is in the market to sell this is a wonderful way to show the world how lucrative they are and their potential. 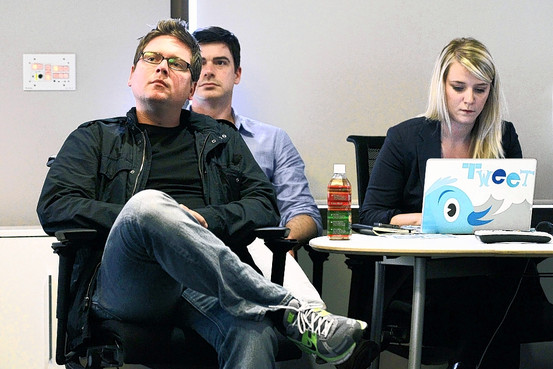 The article states, “Despite the valuation, Twitter’s executives and board were working on building a large, independent company.” Of course they are! They eventually want to sell and make their business as appealing as possible.  “People familiar with the situation said the company believes it can grow into a $100 billion company,” the WSJ said.  Citing people familiar with the matter, the WSJ said other companies have also held similar talks.  “But what’s remarkable is the money that people familiar with the matter say frames the discussions with at least some potential suitors; an estimated valuation in the neighborhood of $8 billion to $10 billion,” the report said.

There is no question that both Google and Facebook would jump at the opportunity to acquire or enter into some type of Joint Venture with Twitter. The bottom line is that where there is smoke there’s a fire.

About the Author: irise